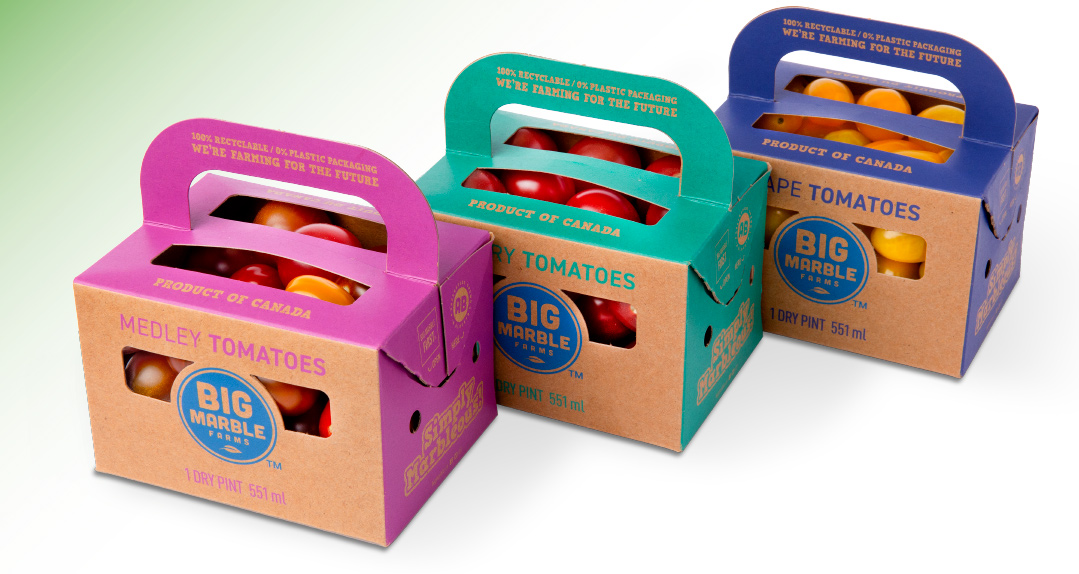 A Medicine Hat-based produce farm is trying out a new way to package tomatoes that an environmental advocate describes as a step in the right direction towards creating sustainable produce packaging. Big Marble Farms is a year-round greenhouse that sells grape tomatoes, cucumbers, peppers, and eggplants, among other things, in places like Sobeys and Safeway, Loblaws and other grocers. It's not only the largest indoor vegetable producer in Alberta but it's also the farm most likely not to be side-swiped by the ban on single-use plastics announced by the federal government in early October.